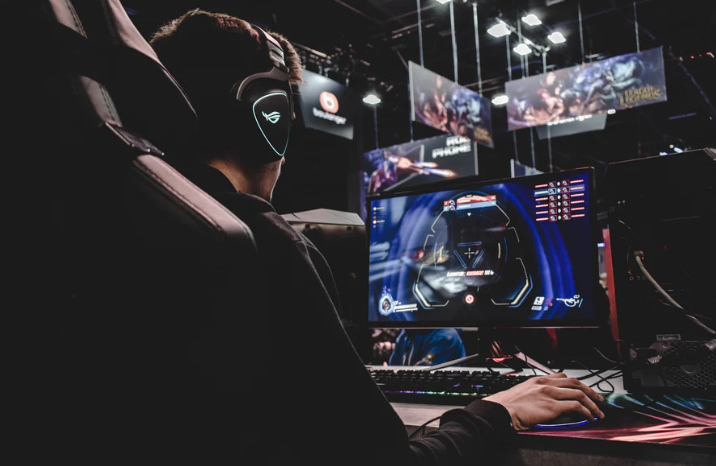 For a while now, rumours have been piling up about streaming giant Netflix entering  into the lucrative gaming business. https://www.reuters.com/technology/netflix-looking-hire-executive-gaming-expansion-information-2021-05-21/]

So far its involvement has been on more of an experimental level, taking a step towards its goal of “interaction with viewers” with Black Mirror: Bandersnatch. This 90-minute spin-off of the cult series about virtual realities and their effects on human coexistence, was particularly popular with gamers. The viewer could choose from several possible courses of action for the protagonists at certain points and determine how the plot would continue. Despite some mixed reviews, Bandersnatch was a great success for Netflix.

Other games for popular series like Stranger Things began to pop up in the Apple App or Google Play store, all nicely packaged in a retro pixel look and neatly produced but rather uninspiring in terms of gameplay. There are also elaborate real and animated series for established and beloved game brands: Castlevania, Resident Evil and League of Legends, some of which are still in production.

Reuters have now reported that Netflix is looking for an “executive to oversee its expansion into video games” – a smart reaction to the booming gaming market over the last two years. Moreover, the competitive pressure in the streaming market has increased immensely. With the emergence of Apple TV+ and Disney+ alongside perennial rivals Amazon Prime (freshly strengthened by the acquisition of MGM) and HBO Max (Sky Atlantic), as well as numerous smaller specialty offerings, some of which are offshoots of TV broadcasters like Pro 7. There’s no doubt it’s starting to get crowded in what was a seemingly endless streaming universe for Netflix back in the day.

Is a gaming subscription on the horizon?

Diversifying the business to include a gaming service seems like the next logical step – especially when you consider Netflix’s business and infrastructure. A gaming flatrate like Apple Arcade seems most likely given the Netflix business model.

Apple’s offering is not a true streaming service, however. The games have to be downloaded and installed locally on a smartphone, tablet or Mac. At 4.95 Euros it is priced at a true flatrate without any further in-game monetization like subscriptions or in-game stores. It contains carefully curated titles, some of which are of high quality, that will entice even “more than casual” gamers just to play a little every now and then.

Apple Arcade is only available for Apple devices and their market share is rather small. This is a good opportunity for Netflix, especially in the casual gamer market, which established cloud gaming offerings from a core area, such as Nvidia’s fabulous Geforce Now, Microsoft’s Xbox Gamepass, or PS Plus from Sony.

For us as gaming fans, every additional offer means more pressure towards fair prices. and as an agency, every thriving market is a welcome new opportunity.