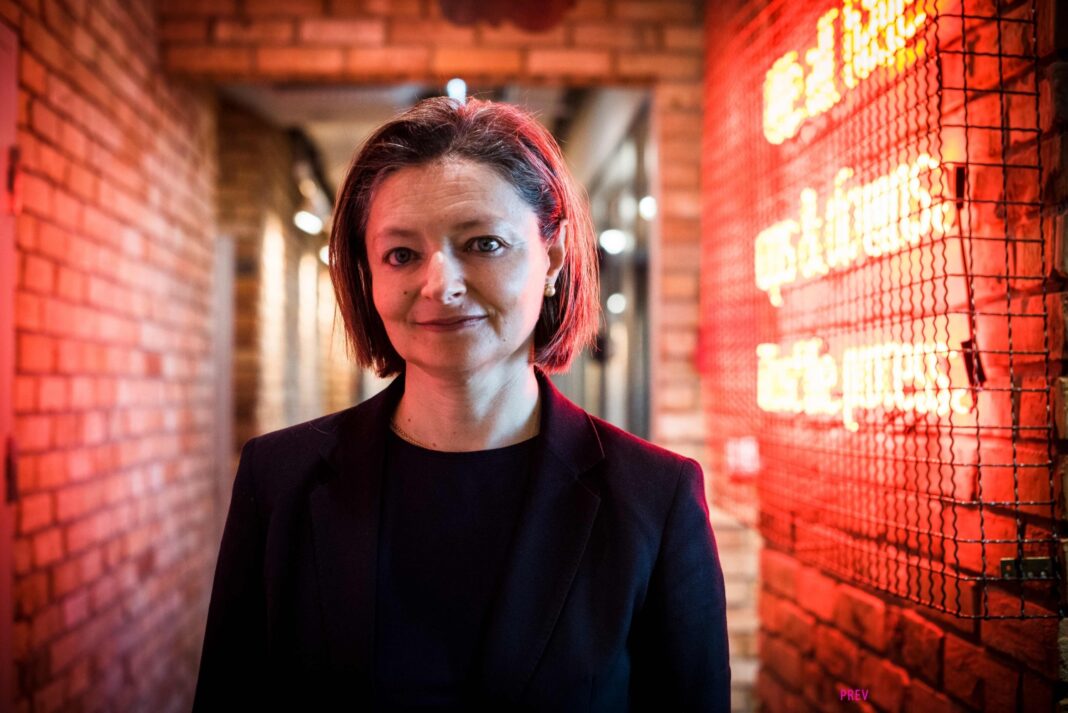 Launched in 2012 under the brand of European fintech Revo Technologies, Mokka is a BNPL-type service provider with over 10 million unique customers. Internationally, the group has over 7,500 partner stores, both physical and online. Starting last year, Mokka launched in Romania and has, at the national level, partnerships with top retailers such as Mobexpert, Lensa, CCC, Humanic, Noriel, Ideal, and GoMag.

Irene is American. She spent her early career in the US and then returned to CEE in the mid-nineties to join McKinsey. She was born in Ukraine and emigrated to the US as a teenager. Irene Shvakman holds an MBA from Harvard Business School and a BS in Biochemistry from Brown University in the US.

I met with Irene and had an exclusive interview about their plans in Romania, further strategies, and how BNPL will change the retail and fintech worlds.

How did you come up with the idea to start Revo Technologies?

They have decades of legacy systems that are holding them back from being able to introduce new services and technology, and so understanding that they would be very slow gave us the confidence to launch Revo.

The idea behind Revo was to bring new technologies to consumers and merchants. The other thing that then helped us crystallize the idea for Revo was our work with retailers. And so, we visited retailers to find out how a customer gets Buy Now, Pay Later. And what we saw was terrible, and this was just a few years ago.

It was terrible in Romania. I remember visiting Flanco and seeing that when a customer wanted to pay for their refrigerator with a loan, they were given a form to fill in. They were told to go to their workplace to have somebody sign and stamp that form, bring that form back to the store, and then wait a week. And then come back a third time to the store.

What is Mokka and what does it do?

Our service fulfills the needs of merchants and their shoppers. We need to satisfy the needs of merchants as much as their shoppers. So, what do we do for merchants? We give them a solution that allows them to increase their sales. How? Well, it allows them to attract new customers, convert more customers that are coming into the store, raise the basket, get more return customers, and raise the average check value.

That’s a very important proposition for merchants because they just want to have more sales. They want to have fewer customers coming in and leaving with empty hands. They are focused on driving higher value and increasing conversion, reducing the number of dropped baskets.

That’s exactly what we do, and we give them technology that does that, both online and offline.

Mokka is a unique BNPL app because it works both online and offline, particularly for merchants that work across channels, which most big merchants do now. They need to have an omnichannel experience, so we give them that solution.

On the other hand, what consumers get is transparency. It’s simple and easy. There are no hidden fees or commissions, and they know exactly how much they’re going to pay with Mokka.