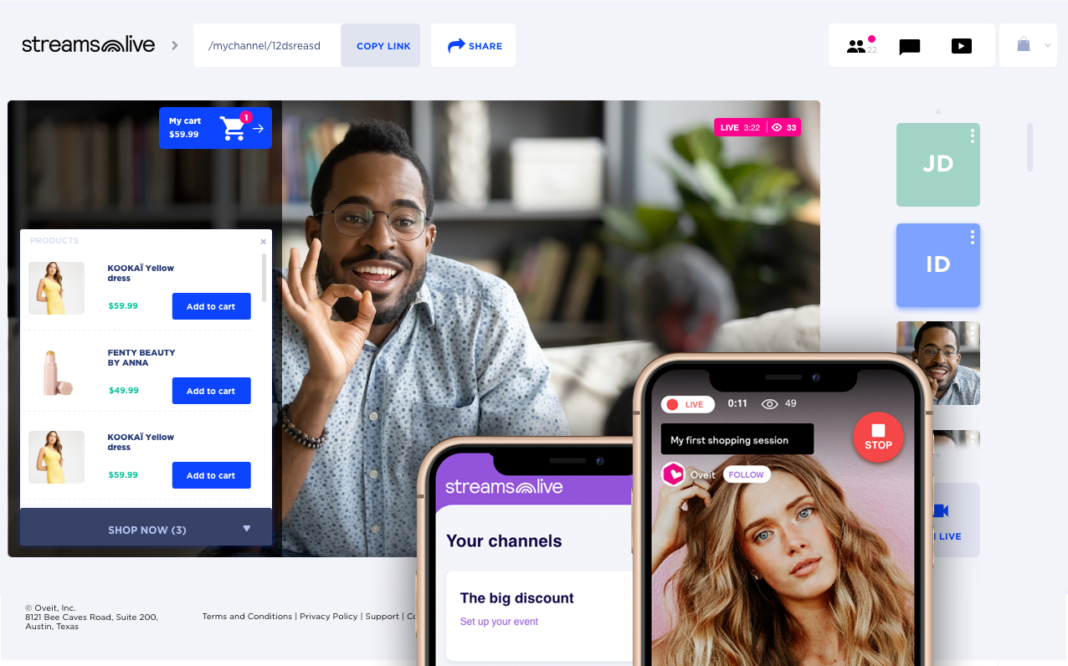 Oveit, the company that launched the Live Stream Shopping concept in Romania, brings up new opportunities for e-commerce entrepreneurs and retail companies.

After obtaining funding of 450.000 euros at the beginning of the year, Oveit focused on the technical product development of Streams.Live, and on concluding partnerships with retailers globally. Recently, the company announced its integration with Shopify, one of the most dynamic international e-commerce platforms, offering new benefits for merchants and end-users. Oveit representatives aim to enter into partnerships with 2.000 retailers by the end of 2021.

Live Stream Shopping is the phenomenon that has revolutionized the retail industry in Asia and the United States in recent years, definitely changing the buying behavior. The online merchants can now connect much more authentically and interactively with their target audience, using live online video sessions that simulate a personal experience.

Shopify is the most popular global e-commerce platform in Western Europe, Australia, UK, and the USA, with almost 2 million registered merchants, being easy to use by them, but especially for end consumers. The well-optimized process of the platform makes the online shopping experience simple, efficient, and safe, and Oveit representatives are pleased to be able to consolidate the benefits already offered by Streams.Live and address even more users around the world.

„Since the launch of Streams.Live last year, we have grown a lot, developing our activity locally and especially internationally, especially in the UK and the United States. Now we have approximately 1.000 retail users who have implemented Streams.Live solutions, and we aim to reach 2.000 merchants by the end of the year. We expect that 65% of them will be from the United States, given the popularity of Shopify among retailers and consumers in this region”, stated Mihai Drăgan – the COO of Oveit.

Read more about this on start-up.ro.